Well m'dears, it's that time again.  Oh yes, it is fall hat time. 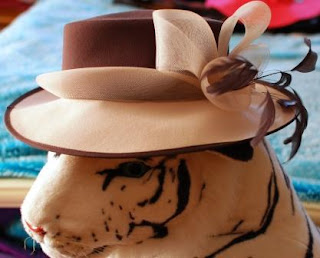 I got this one for a specific purpose - which happens rarely outside of Easter.   I bought this one in England for Engineer's graduation from the University of the West of England.  I was told that much like a wedding, in England, everyone is expected to wear a hat to a graduation.  I wasn't going to complain.  :) 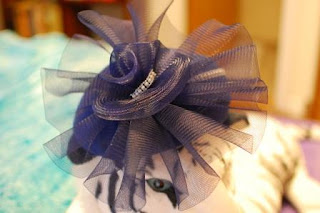 A lovely older lady at our church called me one day and asked if I would come over, that she had something for me.  When I got there, she showed me a hat box.  In it was this fabulous vintage hat in perfect condition.  It's kind of turban-y with this flourish of blue netting with a strand of white beads wrapping around it.  I love it!  She said she and a friend were passing by an antique shop and it was in the window.  When she saw it, she thought of me and told her friend that she had to get it for this lady at her church who wears crazy unusual hats. How sweet was that?!   :) 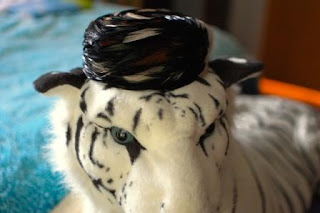 This one is from an estate sale.  An estate sale that was held in a very unassuming house but when you got inside, everything was top of the line and in fantastic condition.  Those are my very favorite estate sales.  :) 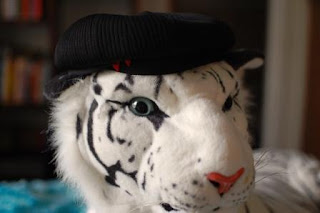 This one was from the big pile of hats on the ground at a garage sale. 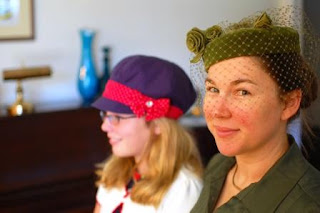 This is the after of the before.  Ms. Brooke did an amazing job gussying up this old tired hat.  (I may have 20 or so a few more for her to play with when she's ready.  :)  (Kinda weird that the hat is the exact color of my eyes.) 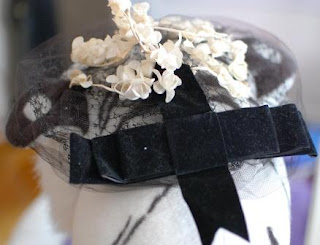 This is the back of the hat.  It's almost entirely netting.  Yep, you guessed it.  It came from an estate sale.  It was a whole quarter. 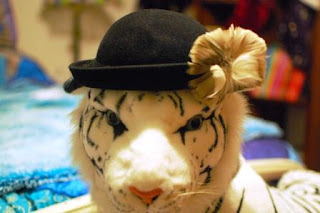 Another one from an estate sale in perfect condition.  Love those. 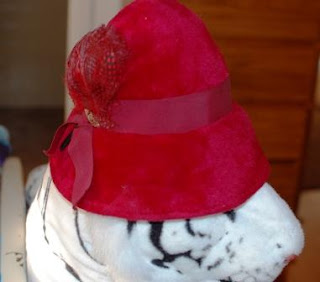 This one was from the same estate sale as the black net caplet above. 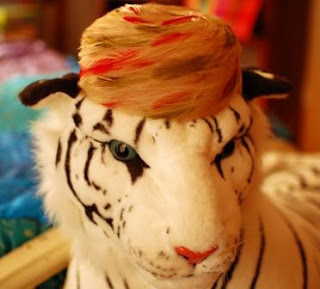 This one was from the same estate sale as the black/white/brown feathered pillbox above.  The lady had a very nice collection of fabulous hats and several were the feathered pillboxes.  I may have bought all but three of the hats in the estate sale then wished I would have bought two of the other three.  That's the nature of an estate sale, you can't dawdle.  If you like it, you need to grab it then or risk it not being there later...as in the case of those hats.  There may have been a slight grieving period over one of those said hats in particular. 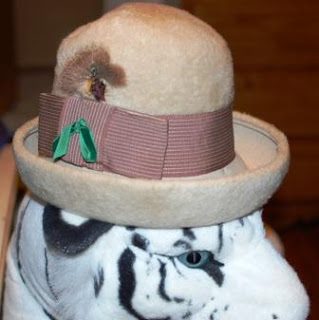 This is the last hat of the fall season.  And I feel it is a good note to end on, I mean, c'mon, who doesn't like a hat with a squirrel tail on it?  I don't think the oddly placed green velvet bow nor the squirrel tail are original to the hat.

Here's what Diva has been wearing: 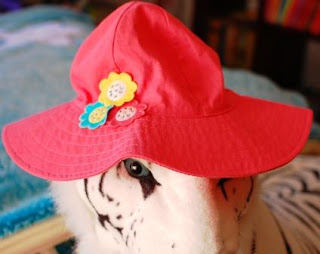 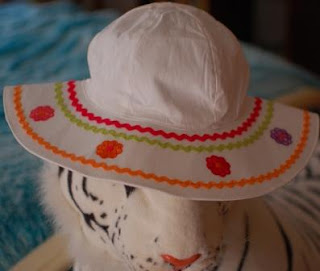 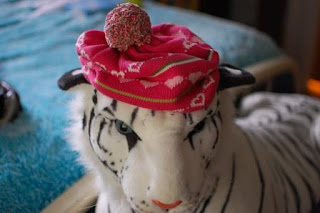