Diva was still a bit poorly on Sunday.  We took it easy-ish and half watched the Superbowl, you know...for the commercials...and frankly, were a little disappointed.  We saw more P.S.A.s  and tearjerkers than the humorous commercials to which we've become accustomed.  Although many of them were really well done, I personally just want to have a good laugh.

Monday she was back to school. 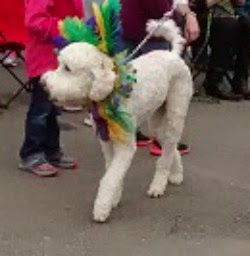 Engineer had training this week so our schedules were a little different in a good way.  He was able to take Diva to school and I had the whole day free to get ahead on cooking.

That's the way the week started.  Nice and easy right?
Little did we know it was to be the calm before the storm. 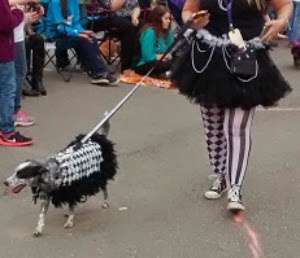 Every time I think I need a project something falls in my lap.  And it isn't a warm and fuzzy simple project, it is always something well outside of my wheelhouse.  Remember the LifeLine incident?  How about the COTA campaign?

I was talking to my Momma during the week and she asked me about my next project and I said that I was purposefully holding back because I knew it would be a doozy.  It always is.

Engineer's best friend from high school along with his family were scheduled to come down Friday for a short visit over the weekend.

Friday morning, we got a phone call asking if we could take his Grandma to the doctor since Engineer's uncle who normally cares for Engineer's grandparents was out of town.  Engineer and I said we were happy to help and headed over to their assisted living facility to pick them up a little after lunch.

We had no inkling of the situation that was about to unfold that sunny afternoon.

We arrived at the facility to find both Grandma AND Grandpa in bad shape; yet, Grandpa was still insistent that he was fine and that this was just for Grandma.

Engineer and I had assumed that his grandparents were patients of this doctor but that was not the case.  We had to set them up as new patients; us, the grandkids who have no idea what their medical history entails, what medications they take, or what their family history is.

When the nurses called us back, Grandpa couldn't walk across the waiting room before nearly fainting and having to sit down.  Remember, we were not there for him as he kept reminding us.  I wheeled Grandma back in a wheelchair and a nurse wheeled Grandpa back in an office chair to the exam room.

The nurses told me that the doctors would not let Grandpa leave in the state he was in without checking him out first.  I convinced Grandpa that while we were there, he might as well get checked too.

After shots, breathing treatments, blood work, throat swabs, and endless questions, the doctors decided that we should go to the hospital for x-rays since he suspected pneumonia in both of them.

Engineer and I spent all day with them - and were sincerely happy to be of assistance.

We had a crash course in insurance, Medicare, Humana, his grandparents' health histories, becoming new patients, various prescriptions, treatments, and procedures during the span of our 8 hour adventure.

I was so thankful that I had a chance earlier in the week to make food ahead of time and get the house picked up before guests arrived...30 minutes after we walked in the door Friday night.

Time is never truly one's own.
Throughout the weekend, we volleyed between caring for guests and caring for grandparents.

The grandparents' health improved somewhat and I was pleased to have met the different shifts of caregivers in their facility.  Previously, we would come during the day on the weekends and saw the same aids.  This gave us an opportunity to meet and thank the other workers.

Mardi Gras season is in full swing and we went to our first parade Sunday.  It was less Mardi Gras and more Mardi Paw...it was the Krewe of Barkus and Meoux - the pet parade.

It was a relaxing way to spend an hour or so before heading back to deal with real life again.

So to get back to projects, I see that my new one will be looking after step-grandparents-in-law.  I have kind of embraced it and have started to collect random information and memories from them.  Once older generations pass on, their memories and wisdom pass on with them if no one writes it down.  Grandpa caught me furiously jotting down all he was saying to Engineer the other day and asked if I was writing a book.  I might Grandpa, I just might...

This is part of MPM.
Email Post
Labels: Life at the Little Pink House Menu