One year ago, we officially launched a COTA (Children's Organ Transplant Association) campaign in honor of Anthony Herman.  Anthony was 10, unknown, felt trepidatious about the whole transplant process, and had a broken heart.

What a difference a year makes...

Today he is 11, has thousands of folks from around the globe following his story, is more settled with the process, and has a functioning heart.

1.  I am not a super sensitive spiritual Christian.
What I mean to say, is where God closes a door and opens a window for some people, He has to lock and duct tape all of the doors shut, close and board up the other windows, and place a huge honking neon sign pointing at the exact window out of which I am to climb.
I am thankful for His mercy and grace in my oblivion.

2.  I am project oriented.
I like a timeline and a deadline and a finish line.  Then, I like to move on to something else.

3.  I don't like failure.
And in this case, failure was not an option.

4.  The Herman family consists of five of our favorite people on Earth.
Our families are very close and Diva, being in between their ages, is particularly close to Abby (the middle child) and Anthony.

In November of 2012, the Hermans had made the very weighty decision to list 9 year old Anthony on the heart transplant list but I didn't realize that they were in talks with COTA as well.

It was my Momma who upon learning about his transplant listing, suggested that I start clearing my schedule because I may be needed.  How right she was.  Doors closing.

I told Kathleen around the New Year that life seemed a little quiet and that I was in need of a project.  I really should be more careful what I ask for.  Windows closing.

After much consideration by the Hermans, they asked me to be the local coordinator for their COTA campaign in honor of Anthony Herman in January.  I wrestled with that decision for some time before agreeing to it; because, like I had written before, it could mean life or death.  Neon sign pointing to open window.

I prayed.  Oh Lord, how I prayed.  And wept.  And prayed some more.
Then I realized, that is probably normal in Kathleen's life.  Every day she is faced with the mortality of her young son...and prays...and weeps.  How could I say no? 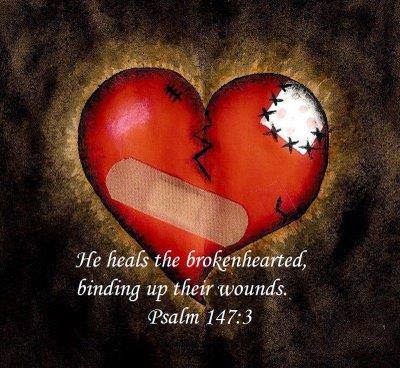 When I spoke with Kathleen and Ray about this hefty responsibility that I was about to take on (I was the one asking for a project remember - sheesh) I said that I had three very specific prayers in regards to the campaign:


The Team.
The campaign's Team was made up of a husband and wife super-duo and me.  We all have very different and specific skill sets and connections but we had a lofty common goal:  to reach the total set by COTA by Easter.  That gave us 6 weeks.
Six weeks.
Six weeks to raise $60,000.  Whoa.

We kicked off the campaign with an all-out on-line blitz using this video Diva made:


And from there it was a very emotional ride.  Lots of tears were shed - from the Hermans, from me, from Anthony who was still, understandably, having some emotional struggles with replacing his heart.

We were in high gear for 6 straight weeks.  I am so thankful for the grace of God, Engineer, Diva, family, and friends during that time.

Because of Anthony's need to be normal (as any other 10 year old boy would need to be) and very strong sense of privacy, we had to be creative in how we told his story.  News outlets almost immediately picked up his story but we kept filming out of the Hermans' home and only once was Anthony actually on camera (I'm not sure he knew he was being filmed at the time.)  The rest of the time it was interviews with Ray & Kathleen or the COTA team on location.  I think only one newspaper was allowed in their home to interview them as a family.  We all had to move outside of our comfort zones to keep Anthony's intact.

It was our web coordinator that came up with the brilliant idea of collecting "Heart Hands" from around the world to get Anthony's story out further afield - which it did - but it also created a wonderful energy that was infectious.  It was at that point that Anthony became slightly less resistant to the idea of transplant and the attention it was garnering because he was so excited to see from whence the next photo would come.  I truly believe that idea was divinely inspired.

If ever there was an overt abundance of answered prayer, it was during those six weeks.  Kathleen and I texted back and forth "I love people!" constantly.  The outpouring of love and generosity from complete strangers was and still is, overwhelming.  So precious were the folks who told us they were blessed to be a part of it.  So was I.  Blessings upon blessings.

There were phone calls, texts, tweets, emails, packages, photos, and letters from all over the globe sending support.  Children, fellow Congenital Heart Defect sufferers, organ transplant recipients, well-known authors, businesses, artists, politicians, singers, sports stars, Anthony's medical caregivers, schools, organizations, family, friends, churches, etc. all gave their time, money, and/or resources for a little boy they may or may not have ever met.  Our cup overflowed.

By Good Friday, we had not only reached, but surpassed our goal.  I knew that others thought that the campaign was really something special when a dear friend and savvy businessman said he was impressed by how smoothly and quickly the campaign went.  But it wasn't me doing it - God is good.  Greased downhill slide.

The COTA campaign was the most incredible open window out of which I have ever had the privilege to climb.  It was uncomfortable and stressful at times but those were opportunities for personal growth.  I learned a lot about transplantation and have infinitely more compassion for both the donor's and recipient's families.  I will forevermore be an advocate for organ donation because I know first hand how that one decision impacts lives.

We made our timeline, met our deadlines, and reached the finish line. And a couple of months later, when the finish line moved and COTA re-set the goal, we remained victorious.  We serve an amazing God.

Anthony's story is not over by any means.  He is currently fighting rejection for the second time and is still in need of prayers.  But as Diva said this past week, "I think Anthony is going to have an amazing life!"  I agree.  And it will be awesome to watch that life being lived with his sweet not broken heart.