Engineer doesn't begrudge my blogging time.
I try to make it not interfere with my family time but when it can't be helped, he is very understanding.

I hear you out there saying, "Now Pary, seriously, how can interference to your home life due to blogging NOT be helped?" 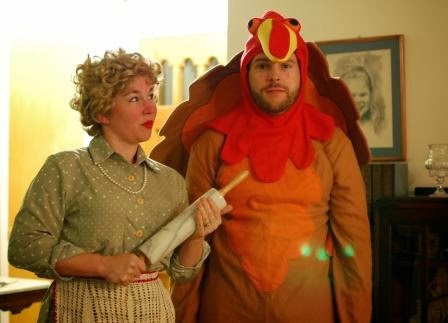 I love that picture.  It makes me happy.  A wall-eyed turkey with a beard...tee hee hee...

Now with all of that he also reaps the benefits like trying out new things, eating lots of yummy food, and buying a fancy camera (he says it's for me and the blog...um, yeah...) so it's not all bad.

And even with the added daily dose of bloggity oddity around here, he was just as excited as I was to find out that I was going to be February's featured blogger for Texas Women Bloggers.

Thank you Engineer for being supportive of the blog and the time it takes...even when I post pictures of you dressed like a cow. 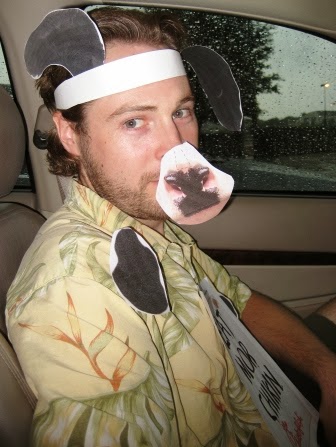