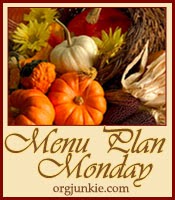 I mentioned that I thought this past week was going to be pretty calm.  Who was I kidding?

As it turned out, we had meetings, the three of us attended a play, Engineer and I attended a symphony concert, we all attended a Grand Opening, Diva played in a piano festival, Diva had a friend spend the night, Engineer participated in a church work day, and I helped judge for the annual Boys & Girls Club Jr. Youth of the Year Award.

What part of last week was calm exactly?  >face palm<

Diva's best friend was in the local high school's production of "A Midsummer Night's Dream."  The director chose to do something a little differently in that it was set in the early 1900's in the backwoods.   All of the dialogue was straight from Shakespeare but the accents were straight out of Georgia.

On Veteran's Day, our local symphony had an American themed concert.  Might I just say how absolutely blessed we are in such a small town to have a symphony orchestra.  It's too bad more people don't take advantage of the opportunities our community has to offer.  Our symphony lets children in for FREE up to the age of 12.

Engineer's first solo project as an Engineer had it's Grand Opening this week so the three of us went out to support him and his company.  The project is an assisted living facility and is beautiful.  Diva and I were very proud of him.

On Saturday, I had the privilege of being asked to held judge the annual BGC Jr. Youth of the Year.  There were more kiddos participating this year than I have ever seen before - which was fantastic!  I judged 4 great kids.  They were very impressive children.  I tell you what, when a child can confidently walk through a door into a room of adults, look them in the eye, and answer question after question with poise, I think they have a very bright future ahead of them.  It was an absolute pleasure.  What was even more of a pleasure was to walk out of the judging room and to see the entourages with the children.  No wonder they were so confident, they have lots of love and support and know it.  As a side note, we were told NOT to give points for cuteness...which was harder than it may seem.

On to what we will be eating this week: