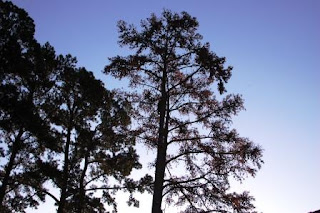 If there is one thing we have an abundance of here in East Texas, it is the mighty pine tree.  We are in the Piney Woods area of Texas after all.  :)

Before moving overseas, I had never thought too much of pine cones since they were more of a nuisance than anything.  They littered the yard and fell on your head if you were unlucky.

Once I was in a store in England and they were selling a bag of 10 small pine cones.  First of all, who buys pine cones especially small pine cones?  That bag of small pine cones cost 5 pounds!  The exchange rate at the time was around $1.75 to the pound so that bag cost around $8.75!  In that moment I seriously considered being an international pine cone dealer.

As it turns out, pine cones are in fact useful.

They can be used as:


This is part of Works for me Wednesday.
Email Post
Labels: Perfectly Practical