I have been asked for a little detail about the Top Secret Spy Academy Party, so here goes: 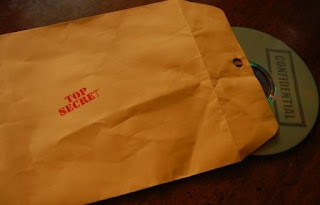 If a person that looked a little like Inspector Gadget showed up on their doorstep, they were personally handed a Top Secret envelope with a disk inside.  They had to play the disk in order to find out their mission...should they choose to accept it.

Their mission was to be at the Spy Academy HQ cleverly located inside a church, and so as not to arouse suspicion, it would look like a birthday party to an outsider. 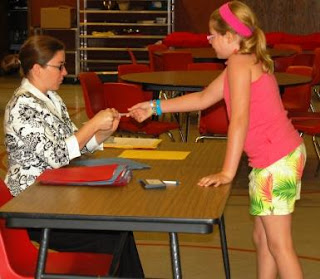 They were first processed, complete with fingerprints and photo, and recruited into either the CIA or the FBI. 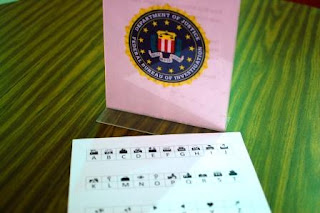 Then they had to decipher their unique codename. 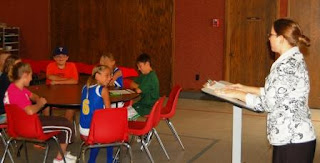 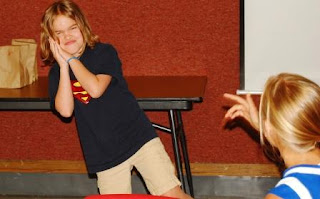 The cadets had orientation by a Senior Agent and then proceeded to find ways to communicate information to their agency using no verbal cues (charades.) 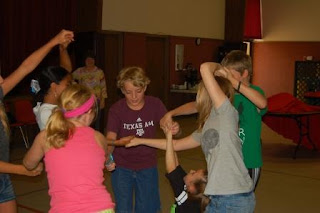 Next, they had a team building/problem solving exercise whereby they had to grab hands in the center of a circle and untangle themselves, without letting go of any hands, and form a tangle-free circle.

Still concerned about relaying correct information, the cadets were given a coded phrase that was Ears Only and had to remain intact down to the last cadet.  They also needed to master the art of disguise and the dead drop (all of which did not get documented somehow.) 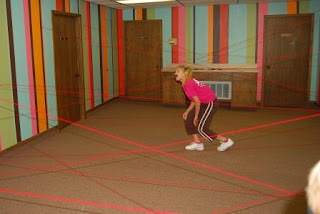 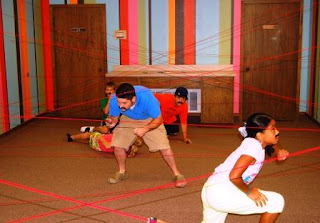 We had a laser avoidance course (even my brother donned a mustache and played his own theme music "Magnum P.I." I believe, while joining in.)  They had to individually make it through the course without setting off the laser alarm and put on a mustache at the other end of the room before returning to the start position.

At this point we had a short break for cupcakes and "truth serum" before playing 2 truths and a lie.  This was to sharpen the cadets' skills in reading people and distinguishing between fact and fiction as well as being able to make fiction sound like fact. 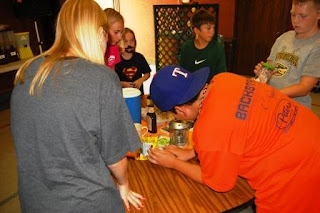 It was very important that the cadets be extremely observant and therefore each agency had a table of random items and 2 minutes to memorize what was on the table.  They could not speak to their teammates until it was time to recollect those items.

Finally, it was time for marksmanship training (marshmallow guns.)  The dads loved this part. 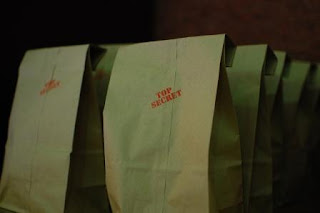 Diva loved it, the kiddos loved it, and the parents asked what I was going to do next year....hmmmm...any suggestions?
Email Post
Labels: Life at the Little Pink House