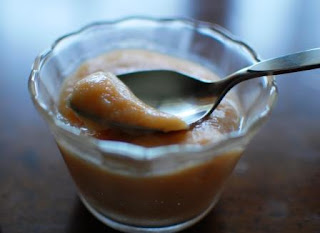 I mentioned last week that I had a couple of watermelons left to dispose of and I thought I might do something a little different with them.

A lady from church had given me a clipping from the newspaper that was of watermelon recipes.  I thought that the watermelon pudding tart sounded particularly interesting.  Instead of making a tart from it though, I chose to just make the pudding in cups.  Of course I added a little vanilla to the recipe because I can't leave well enough alone.

We had it for dessert Tuesday night and it was interesting.  I think it would have made a nice ending to a light summer meal.  The texture was beautiful but it was not really sweet enough for me; it would have been perfect balance though with the added sweetness of the graham crust and whipped cream had I used it in a tart.  I made another batch using a tad more sugar, vanilla again, and a little mint extract.  It was so much better the second time around.

Here is the original recipe.

I had another pickled watermelon rind recipe that I wanted to try, this time from Paula Deen.  So far, I have liked all of the recipes for rind pickles, but these were definitely in the top two batches.  The pop of the peppercorns was really tasty.  I didn't put as much sugar as it said because I didn't want them candied, just pickled. 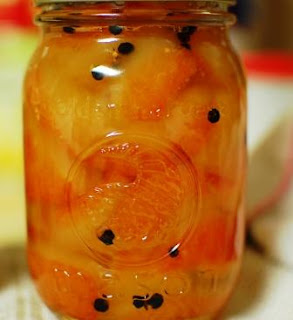