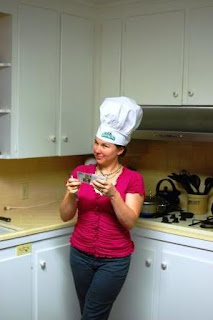 You see that face?  That is a woman who really wants her guests to know all of the ins and outs of Chef Boyardee.

Can you believe that they sent me a hat?!  I'm pretty sure that this one will not go in the church hat rotation but it was nice of House Party & Chef Boyardee to send me a chapeau for the occasion. 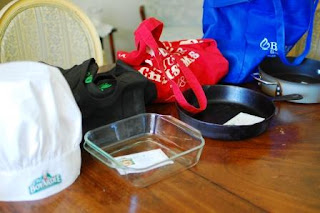 Last weekend, we hosted a Chef Boyardee House Party.  We started off the evening with pots, pans, recipe cards, and shopping bags of ingredients on the dining room table.  Each family as they arrived were charged with finding a recipe that their family thought was interesting and then making it.

What?!  You mean you made your guests make their own dinner?  Yes.  Yes I did. 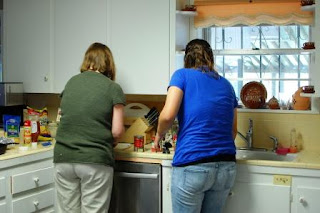 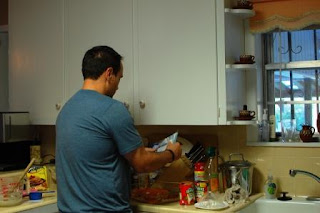 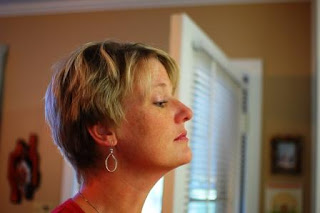 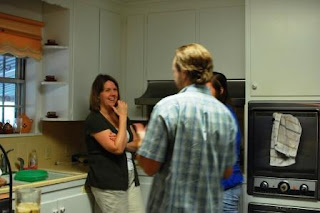 Engineer (who cooked for Team Moppins) and Team Operino had to share the stove at one point.  Remember, this is the Little Pink House.

Team Old School's Newest Member obviously did not share in my joy over the Chef hat. 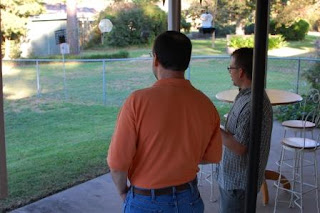 As teams were cooking, folks were talking 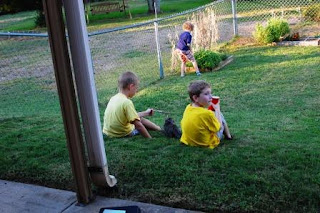 Playing with the cat 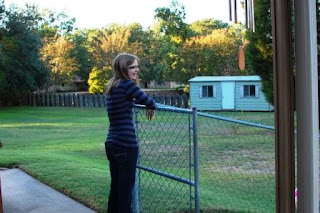 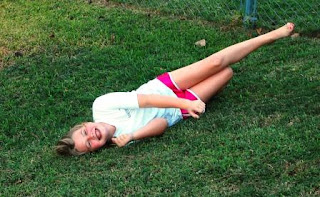 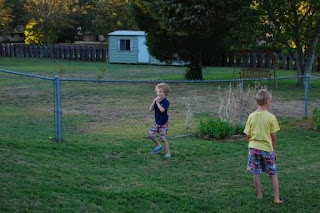 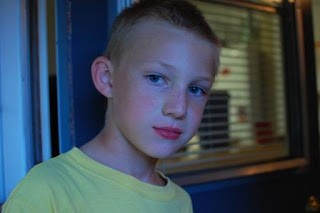 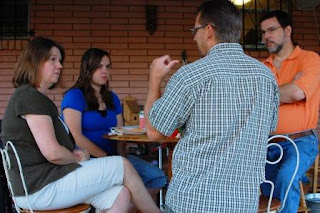 And talking some more.

I think I must have put my camera down and this point because another couple came in and I have no shots of them.  :(

The whole making food themselves thing worked out brilliantly.  Since everyone came at slightly different times, the kitchen wasn't occupied by too many people at once.  The kids all had a great time playing together and all of the adults chit-chatted the evening away.

But let's get down to business shall we?

The reason for this House Party was to use Chef Boyardee products as an ingredient in a recipe.  We made Taco-roni, Cheeseburger-roni, Chili-roni, Pepperoni Spaghetti Bake, and Ravioli Lasagna.  It was interesting to see every one's favorites but the clear winner was the Ravioli Lasagna.  Who'd a thunk it?

I also asked my guests to give me adjectives that described the various dishes.  Ravioli came out on top like I said with "delicious", "flavorful", and "better than some stuff I've had at a national pasta chain restaurant."  Taco-roni also had a positive response with "tasty", "beanie" (I don't know if that is good or bad), and "a fiesta in my mouth."  The Cheeseburger-roni got words like "cheeseburger-y" (if that indeed is a word) and "flavor sensation."  Can you tell that one of my guests works in marketing?  The two dishes that were out least favorites were the Pepperoni Spaghetti Bake and the Chili-roni.  The words used to describe them were "carbtastic", "hot", and "blah."

Since all of my guests do actually cook at home, they brainstormed how they might want to tweak the recipes:  add meat and drain pasta sauce before adding to dish were the two changes everyone agreed upon.

If you would like to have a go at making the recipes yourself, check them out here.

Thank you House Party & Chef Boyardee for sponsoring a fun night in with friends! ﻿