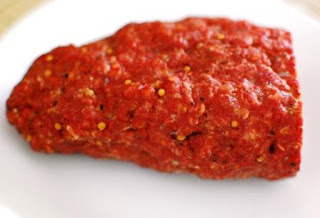 Let's play a little guessing game, shall we?

If you guessed D (how did you guess D?  A-C look like the more likely options) you are correct.

This week I found a fabulous cache of reduced price meat and after marinating and freezing everything else, I decided to try my hand at making Summer Sausage. 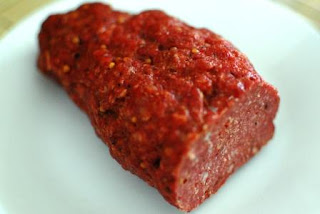 So not being able to leave well enough alone, I started with this recipe and then added various other spices.  I know the recipe says it is for pepperoni but it tastes like summer sausage.

Other than the odor and the saltiness, it was actually very tasty.  It will be great as a seasoning meat in beans, greens, or cabbage.  The texture was wonderful too.

The next time I find a bunch of marked down meat, I will try this again and be a little more scientific with the spices and measurements.  I know that I will use cracked pepper instead of ground pepper and I would maybe like to use chili flakes instead of cayenne.  I like to see the spices in a meat log.